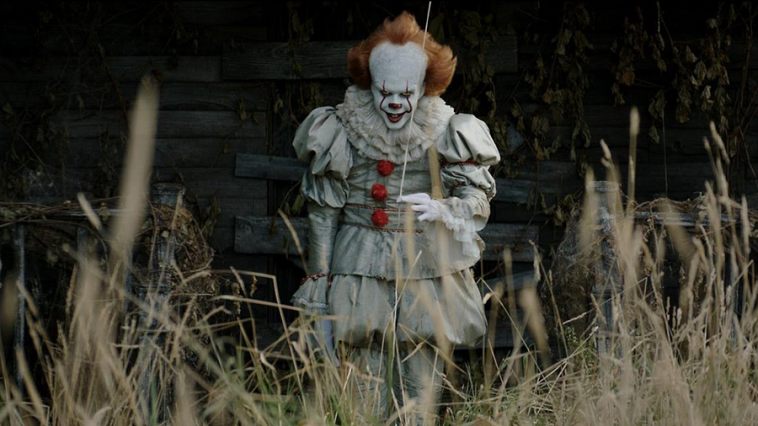 I left the theater after watching It (2017) feeling as if I had just seen Harry Potter on the big screen for the first time. Both have realistic, fun-loving children who must band together to face the ultimate evil. If you’ve ever thought Stand by Me was missing a killer clown, this is the film for you.

In case you know nothing about the story of It, a group of children in ’88 and ’89 are greeted with horrible visions of their greatest fears. At the same time, they learn the history of missing children in their sleepy town. Our main characters conclude that every twenty-seven years, a dreadful entity awakens and feeds on the flesh and souls of children.

What surprised me most was the humor in this film. Mike Wheeler, Stranger Things’ Finn Wolfhard, gave me a good laugh every time he opened his mouth. As with Guardians of the Galaxy Vol. 2, each character gets an arc. Characters confront their fears in their own ways and have to overcome their learned helplessness. The kids could tell their parents and guardians what they’re experiencing, but nothing seems to change. It is up to the bullied to fix their own problems.

There are frightening moments in the film, of course. Bill Skarsgård’s Pennywise is perfect, superior to Tim Curry’s. But even Skarsgård gets a chuckle here and there. Modern horror villains cannot do what Pennywise does. Pennywise is It, and It is your greatest fear. There are only so many times we can be scared by Annabelle and Chucky, but we can still be terrified by lepers and headless children. My only real gripe with this movie is the teetering tone changes. During my whole viewing experience, I worried that the pattern of laugh, scare, laugh, scare, etc. would become unsteady. Maybe that’s the point: coming of age is fun, scary, and profound.

My friend and I left the theater in awe. He had read the novel and praised the movie as being quite faithful, plus or minus the disturbing sexual under and overtones. As someone who has only seen It (1990), I can only assure you that 2017’s adaptation is superior. Some moments from the old movie stuck with me, such as the kids assuming that a slingshot will kill this ultimate evil, as well as the innate evil of the main bully that rivals the terrifying clown monster. The screenwriters’ were able to identify what makes good Stephen King stories and what makes bad Stephen King stories. This movie is Shawshank Redemption, not Dreamcatcher.

As a minor spoiler, the title card before the credits promises the sequel. I have heard murmurs that the sequel to It will include flashbacks to the adults’ youth. I do hope so. Even with my propensity to dislike child actors, each kid feels real and relatable. These actors did a wonderful job. As of this writing, It Chapter 2 has yet to be announced. Something tells me that the film’s $100 million opening weekend will guarantee the sequel. This moviegoer will be first in line.